Why Galatians 5:22 cannot be a Genitive of Association

There is a teaching currently circulating which argues that Galatians 5:22, “the fruit of the Spirit,” is actually translated “fruit with the Spirit” (or fruit in association with the Spirit”). The mindset fueling this exegesis is a desire to show that the Holy Spirit (and ultimately all members of the Godhead), are completely passive in terms of the production of Christian character and service. This exegesis is crafted by “torturing the Greek” which allows one to assert that Galatians 5:22 is a ‘genitive of association’.

The argument that the HS is “passive” in the Christian’s life is not a mere difference of opinion; it fundamentally changes the Believer’s relationship with the Godhead. This point in turn, has far reaching application to our understanding of our spiritual life post salvation. It is an important issue that I feel needs clarification. First, I will demonstrate that the argument to establish Galatians 5:22 as a genitive of association uses faulty reasoning. Secondly, I will demonstrate why it is grammatically impossible that Galatians 5:22 can be a genitive of association. Thirdly, I will prove that even if Galatians 5:22 were translated as a genitive of association, it does not establish that the Holy Spirit’s work is passive. Lastly I will discuss the difference between establishing theology by exegeting the Bible in contrast to imposing personal paradigms onto the text.

The Problems with the “Genitive of Association” Arguments

Teachers who are trying to ascribe the “genitive of association” to Galatians 5:22 do so by fallacious reasoning, known as “special pleading.”

Def: Special pleading-Misleading argument that presents one point or phrase as if it covered the entire question at issue. Merriam Webster Dictionary

As written in the Greek, “the fruit of the Spirit” is an adjectival genitive. This means that it functions as an adjective; conversely, genitives of association are adverbial genitives. The pro-“with the Spirit” group asserts that when Wallace, author of “Greek Beyond the Basics,” describes the rules for “genitive of association” and “adverbial genitive,” he uses words like “usually”, and “normally”, implying there are some cases of the genitive when these rules do not apply. It’s true there are exceptions to the rules for “genitive of association,” but one must grammatically justify any exception. If a viable argument cannot be made for an exception, then to continue this misleading exegesis is called “special pleading.” We cannot establish truth with faulty reasoning.

The faulty logic used to establish Galatians 5:22 being a ‘genitive of association’ can be presented as:

*If one takes this tact, there must be a justification for the exception.

How genitive of association is established.

These are the grammatical parameters Wallace uses to show how we establish genitive of associations.

a. This is the use of the genitive that is similar in force to an adverb. As well, often this use of the genitive has the force of a prepositional phrase (which, of course, is similar in force to an adverb). Thus the genitive will normally be related to a verb or adjective rather than a noun. (Even in instances where it is dependent on a noun, there is usually an implicit verbal idea in the noun.) (Daniel B. Wallace, Greek Grammar beyond the Basics: An Exegetical Syntax of the New Testament (Grand Rapids, MI: Zondervan, 1996), 121.

b. The head noun to which this kind of genitival use is connected is normally prefixed with συν-. Such compound nouns naturally lend themselves to the associative idea. As well, some nouns and adjectives already embrace lexically the idea of “in association with” and hence can take a genitive of association without συν- prefixed to them. (Daniel B. Wallace, Greek Grammar beyond the Basics: An Exegetical Syntax of the New Testament (Grand Rapids, MI: Zondervan, 1996), 128–129.

Matthew 23:30 is commonly considered an adverbial genitive, while Galatians 5:22 is adjectival. *Grammatical points 2 and 3 show how this exception is not applicable to Gal 5:22.

In light of this consensus, wouldn’t it be even more important for those pro-group teachers to justify why this verse is a special case? In an e-mail exchange with a major proponent of this idea, the individual refused to address this problem and wrote it was a “waste of time to discuss this”. Sadly, there is no way to uncover why this dedicated servant may hold a theological bias for this scripture. One can only act as Biblically directed: Address privately, seek wise counsel, and part.

I will now put forward three grammatical points showing why Galatians 5:22 cannot be a genitive of association, and three theological points showing that you cannot establish that the Spirit’s ministry in production of Christian character is passive from this verse.

All cases of “genitive of association” are translated “with” or “in association with”; however, Gal 5:22 has never previously been translated as “fruit withthe Spirit”

“Fruit of the Spirit” in Gal 5:22 is NOT an adverbial genitive and therefore cannot be “genitive of association”

a) A “genitive of association” is an adverbial genitive related to a verb or adjective: Fruit and Spirit are both nouns.

b) Wallace describes the use of adverbial genitives: “This is the use of the genitive that is similar in force to an adverb. As well, often this use of the genitive has the force of a prepositional phrase (which, of course, is similar in force to an adverb). Thus the genitive will normally be related to a verb or adjective rather than a noun. (Even in instances where it is dependent on a noun, there is usually an implicit verbal idea in the noun.)” (Wallace, D. B. Greek Grammar beyond the Basics: An Exegetical Syntax of the New Testament (p. 121).

c) There is no inherent meaning in the phrase “fruit of the Spirit” that would indicate the use of a prepositional phrase or a verbal idea d) For the exception of Matt 23:30 to apply to Gal 5:22, the genitive “Spirit” would HAVE to be adverbial. e) The genitive “Spirit” is not adverbial but adjectival. Based on the points above, “fruit of the Spirit” cannot be an adverbial genitive.

If Galatians 5:22 is adjectival, then an adjectival genitive needs to be chosen.

b) If it is not “of production,” then you would need to choose another adjectival genitive.

The above three grammatical points confirm, when strictly applying the rules of Greek grammar, Galatians 5:22 cannot be a “genitive of association.” Attempts to make Galatians 5:22 a “special case”, fail to meet the standards of grammar.

Having discussed the grammatical issues, one must now address contextual problems. The next three points will demonstrate that even IF it were possible to translate Galatians 5:22 as a “genitive of association,” it is impossible to say the nature of the Spirit’s ministry is passive.

It is ‘eisegesis’ to say a “genitive of association” indicates passivity. (Def. eisegesis- To read into or infer a viewpoint on the text.)

a) “Genitive of association” only indicates association: nothing more, nothing less

b) Association cannot be equivalent to passivity or activity

c) To make the “genitive of association” indicate passivity or activity is eisegesis.

Claiming the Spirit is passive by using “genitive of association” is eisegesis.

a) Surely, we can all agree that the fruit of the Spirit is associated with the Spirit. The name says it all.

c) Even asserting to “genitive of association” proves nothing regarding activity.

Conclusion: Association itself does not indicate passivity of the Spirit regarding fruit production.

There are volumes of scripture that can be presented which show the Spirit’s activity in provision of His fruit, and the Spirit being the means through which service occurs.

b) The “possible or perhaps” relates to whether the genitive in question relates to the particular category.

c) What is not in question, due to Wallace’s consistent translation of multiple scriptures, is that all members of the Trinity (God is love) are the source and producers of God’s supernatural love in man. 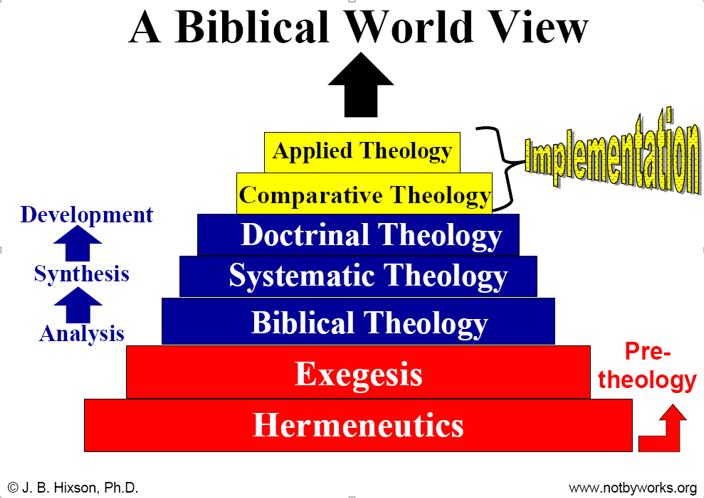 Making Galatians 5:22 as a GOA in order to make the Spirit passive ignores proper exegesis and cross referencing of the scripture, both are necessary in the Bible study process. To be consistent, these teachers are forced to change other references where the Spirit is shown to be active, while ignoring all parts of scripture that show God to be active in production of Christian character and service.

To perform obscure exegesis every time the Spirit shows up in scripture should be a red flag to anyone. There is however, an abundance of scripture that shows God is active in production of Christian character and service.

To this end I also labor, striving according to His working which works in me mightily (Colossians 1:29)

But by the grace of God I am what I am, and His grace toward me was not in vain; but I labored more abundantly than they all, yet not I, but the grace of God which was with me (1 Cor 15:10)

for it is God who works in you both to will and to do for His good pleasure (Phil 2:13)

Now to Him who is able to do exceedingly abundantly above all that we ask or think, according to the power that works in us (Eph 3:20)

“I have been crucified with Christ, I no longer live but Christ lives in me” (Galatians 2:20)

A “good” motivation expressed by teachers who want to make the Holy Spirit (and all the Godhead) passive in terms of Christian living, stems from a desire to see people live righteously. Although the motivation is to “benefit” the flock, the outcome is that they inadvertently teach Christians to ‘pull yourself up by your own bootstraps’ and they ignore the place of faith in the Christian life. It’s also redefines God’s grace to be a spiritual backpack which He gives us completely apart from Him.

If we ignore the whole context of scriptures by bypassing a biblical theology, we start creating categories of our own rationalism to take the place of scripture. All systematic theologies should be tested to the scriptures to make sure they stand, and revised when it is shown that they were established by faulty exegesis. 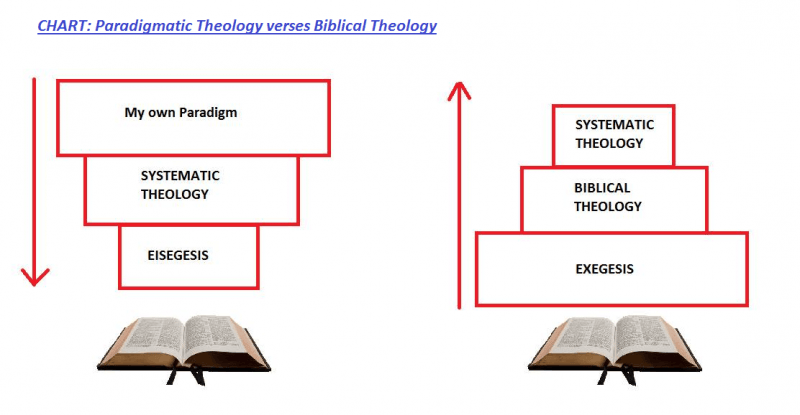 Interpreting Galatians 5:22 as “fruit with the Spirit” commits the same error that a Calvinist makes when they interpret the “all” in John 3:16 as “just the elect.” It’s bending scriptures around personal prejudice. Often when this is the case, no amount of exegetical proof will sway opinion because the scriptures have lost their authority as the ultimate standard, and personal philosophical categories are substituted. It is now from these opinion-based categories that a personal systematic theology is created, and the scriptures are judged. This is a topsy-turvy way to establish theology; for that theology is originating in the mind of man, rather than in the mind of God (His Word).

1. Galatians 5:22 cannot be “Genitive of association” due to the three grammatical points above

2. Using “Genitive of association” in Galatians 5:22 anyway, cannot be used to show the Spirit is passive in the production of fruit.

3. All arguments people use to try to show that Galatians 5:22 is a genitive of association commit the “special pleading” logical fallacy.

4. There has been no positive arguments ever presented to justify Galatians 5:22 could be a genitive of association.

5. No Greek scholar past or present ever suggested that a ‘genitive of association’ is even possible in Galatians 5:22.

6. Using a GOA for Galatians 5:22 is arrived at by a personal paradigm which is substituted in place of the word of God. Case closed!