What does Redemption mean? 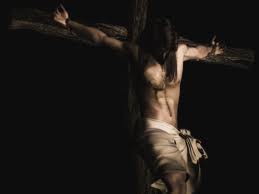 When Roman generals returned from battle, they marched into the city lead-ing enormous processions. Their troops arrived with the spoils of battle, which included captured men and women as well as booty taken in battle. The wealthy citizens of Rome anticipated this event greatly because it meant an opportunity to purchase booty as well as a chance to buy additional slaves who were to be put on the auction block. This is the scene the New Testament authors had in mind when they wrote of redemption—a common word for making a purchase in the market place.

The word redemption was selected by the Holy Spirit from the language of the first century to express one of the major truths concerning our salvation.

THE CONDITION THAT DEMANDS REDEMPTION

All Men Are Slaves to Sin

Romans 6:17 reminds believers that “you were slaves of sin...,” a reference to their former condition as unbelievers. A slave was owned by his master in a very real sense of the word and had no legal rights. His duty was obedience and service.

All Men Are Cursed by Sin

THE INVOLVEMENTS THAT EXPLAIN REDEMPTION

The word translated redeem is a commercial term signifying the same thing that our word buy does in English. In Matthew 13:44, Jesus speaks of one who “sells all that he has, and buys that field.” Here the word buys is the word for redemption..While we think of buying in terms of material things, in New Testament times people could be regarded as property and thus be purchased.

That Jesus Christ purchased (redeemed) us is the basis for the believ-er regarding himself as totally owned by the Lord. Paul reminds the Corinthians of who they are by asking them to recall, “Or do you not know that you are not your own. For you have been bought (redeemed) with a price... (I Corinthians 6:19-20).”

The price of redemption is most forcefully stated in I Peter 1:18-19 where we are taught “that you were not redeemed with perishable things like silver and gold...but with the precious blood, as of a lamb unblemished and spotless, the blood of Christ.”

Nothing on the human level can redeem man because all human payments are perishable and cannot solve the spiritual problem of man’s alienation from God.

We have referred to Galatians 3:13 that tells us, “Christ redeemed us from the curse of the law....” The law brings a curse in that failure to meet its high standards carries the penalty of death. We are all, therefore, under that penalty.

The significant thing about the word redeemed in this verse is that though not seen in translation, the verb has the preposition out of attached to it, emphasizing the total freedom from the penalty of sin that redemption brings. It also implies a permanency—we are freed, never to return!
Category: Bible