What are the Objections to the Proofs of God's Existence? 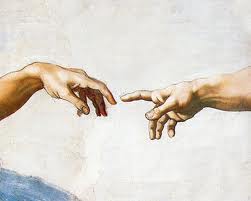 One issue challenged is the conclusion of the cosmological argument, which reasons from finite effects to an infinite Cause. Some feel that finite beings only need a finite cause. But, it must be noted that if the first Cause were limited (finite) then it would not be the first Cause because it would need a cause also. This would lead to an infinite regress of causes. Everything that is caused to exist is limited (finite) and finds its basis for existence in another. Thus, there must be an unlimited (infinite, un-caused) first Cause for everything that is a limited (finite, caused) effect.

The next issue is from a misunderstanding concerning the principle of causality. Some assume that the principle of causality says ‘every thing has a cause’ which leads to God needing a cause. The principle of causality should be stated that ‘every finite, contingent being has a cause’. Since God is the independent and infinite cause of all, there is no need to seek his cause. Another issue raised is that there could be a beginning Cause, but the need for One continually causing that which has been caused to exist (sustaining Cause) is not necessary. It must be realized that dependent beings are dependent for their existence at all times. Existence is a moment-by-moment process; it comes one moment at a time. If each moment is given to us we are dependent on an independent Being for each moment that we receive. For we do not determine the beginning or the end of our existence. For no dependent being sustains its own existence and therefore needs a sustaining Cause for continued existence.

The next objection is that an intelligent designer of the world is not necessary when random chance can explain seeming design. Given enough time, the right combinations can result. But it must be realized that specified complexity cannot be explained by random chance. From experience and observation we know that the cause for things that are specifically complex is always intelligent and never chance. It is unscientific and unreasonable to consider chance as a cause for the universe and life.

Saying God is just an illusion

Another objection comes from the idea that God is just an illusion, something people desire to be true but have no reason for believing it to be true. Of course, not everybody believes in God just because they want it to be true. Some search for spiritual truth, others are on a quest for reality, some have searched out the evidence and have come to a belief based on proof, and others ardently disbelieved until they were confronted by the living God. The desire for God is just one of many different reasons people have for believing that God exists. Ultimately, a persons desires do not determine whether something is real or not. Some say that they do not believe in hell and therefore it does not exist. The existence of hell is not determined on what people believe or don’t believe.