The Truth about Transubstantiation 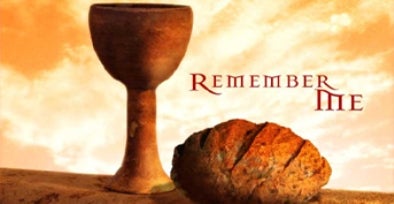 “The Jews therefore began to argue with one another, saying, ‘How can this man give us His flesh to eat?’ Jesus therefore said to them, ‘Truly, truly, I say to you, unless you eat flesh of the Son of Man and drink His blood, you have no life in yourselves.He who eats My flesh and drinks My blood has eternal life, and I will raise him up on the last day. For My flesh is true food, and My blood is true drink. 56He who eats My flesh and drinks My blood abides in Me, and I in him. 57As the living Father sent Me, and I live because of the Father, so he who eats Me, he also shall live because of Me. This is the bread which came down out of heaven; not as the fathers ate, and died, he who eats this bread shall live forever.’ 59These things He said in the syna- gogue, as He taught in Capernaum.” John 6:52-59

John 6:52-59 is held to be the fundamental passage on the sacra- ment of communion. From these verses the doctrine of transub- stantiation is built. This is the teaching that the bread and wine turn into the body and blood of Christ literally. This supposedly occurs when the priest elevates the host between earth and heaven. If the mass is in Latin, the priest says, “Hoc corpus meus est,” at which moment transubstantiation occurs. In Catholicism, this is a “must believe” doctrine.

The Setting of These Words Argues Against the Sacramental Interpretation

Jesus was speaking in the synagogue at Capernaum. The crowd was made up of strong opponents and lukewarm disciples. We may always assume that Jesus teaches with a view to being understood. Since the institution of the Lord’s supper lay well into the future, references to it could do nothing but mystify those who heard.

The Strength of the Language Argues Against the Sacramental Interpretation

John 6:53 says, “Truly. truly, I say to you, unless you eat the flesh of the Son of Man and drink His blood, you have no life in yourselves.” The language is absolute with no qualification insert- ed. If Jesus is referring to the Lord’s supper, then it and it alone is required for salvation. This is a concept that cannot be harmonized with the rest of the word of God.

One always teaches in language understood by one’s contempo- raries. The metaphor of eating and drinking was common among the Jews. It pointed to the taking in of something to one’s inner- most being. The key idea was appropriation of divine provision. It was used of blessings God’s people would receive in the promised land (Deuteronomy 8:7-10, 11:11-15, and Nehemiah 9:36). Eating and drinking was also used metaphorically for the reception of spiritual blessing as in Jeremiah 15:16, Ezekiel 2:8; 3:1, and Isaiah 55:1-3. The idea of fellowship was conveyed in passages such as Exodus 24:9-11, Deuteronomy 12:7; 15:19-20, 27:6-7, Ezra 6:21, and I Corinthians 5:8 in the New Testament.

The Lord’s Supper Is a Proclamation of Christ’s Death, not a Reenactment of His Death (I Corinthians 11:26)