What were The Seven Last words of Christ on the cross? 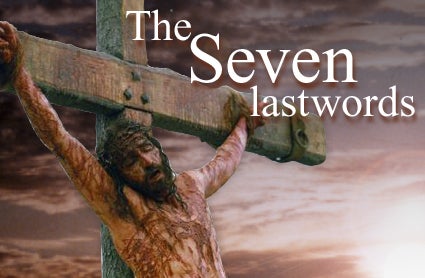 What This Cry Tells Us About God the Father

Jesus’ direct address of the Father shows that to this point in the crucifixion, fellowship with God still exists. Of the seven utterances of the cross, the first and the last begin by Jesus addressing God as Father. Jesus was on the cross for six hours and at noon cried out, “My God, My God, why hast Thou forsaken Me?” The first cry points to fellowship maintained, the fourth cry to fellowship lost, and the final cry to fellowship restored. They teach us that the work of the cross is complete; sin was adequately dealt with forever.

What This Cry Tells Us About God the Son

Concern for others shows Jesus’ total self-forgetfulness and shows that the one being conquered is truly the conqueror. One of the pleasurable sensations of the sinful heart of man is revenge. We even call it “sweet revenge”!

What This Cry Tells Us About Men

For whom is the prayer made? In narrow context, it is for the Roman soldiers who placed Him there; in broader context, all who are involved in the crucifixion.

But don’t these words create a doctrinal problem? Since when is ignorance a basis for forgiveness? Can men be saved because they are ignorant of their condition? Can men be forgiven without believing?

The answer lies in observing how this request was fulfilled. In Acts 2:23, Peter speaks to the crowd about their recent actions toward Jesus saying, “You nailed (Him) to a cross....” Acts 2:38 shows the offer of forgiveness, and Acts 2:41 speaks of the salvation of about three thousand. Jesus prayed for the forgiveness of those who crucified Him; and in a matter of days, His petition was answered.

One thief disassociates himself from the other asking him, “Do you not even fear God...?” He seems to have a sense of justice and, though a criminal, has a certain respect for God.

He speaks of the justice of his punishment saying, “...for we are receiving what we deserve for our deeds; but this man has done nothing wrong.”

These words show Jesus’ concern for the care and well-being of Mary. One of the features of the life of Christ is to see Him in a very human situation with a corresponding display of dazzling power. He was born in the feeding trough of an animal; and at the same time, the heavens were filled with the singing of angels. Lazarus died and Jesus wept; He then spoke and a dead man came forth. In the preceding cry, Jesus cared for the man’s eternal salvation in heaven, and now, for Mary’s temporal care on earth.

This cry was preceded by three hours of darkness and silence. The words were screamed by Jesus, not merely spoken. Being forsaken was not new to Jesus. He had been forsaken by family (John 7:5), by friends (Mark 3:21), by shallow followers (John 6:66), and so recently by Judas. All of this was bearable because He had the unfailing support of His heavenly Father. Now He has arrived at His deepest suffering—the abandonment of the Father. Until this time, the pain had been largely physical; now it is spiritual.

Is God’s absence subjective or objective in nature? If subjective, then it means Jesus had lost His perception of the Father’s presence. If objective, it means that God the Father actually abandoned the Son. The latter is the truth. In the bearing of man’s sin, the Father must abandon the Son until the sin is dealt with fully. One should note, however, that when He was abandoned by God He fled to God.

While this cry had physical significance, one should not confine its meaning to this alone. He had just been abandoned by His Father in whose will He always delighted. The cry indicated His thirst for fellowship with the Father, which is soon to be restored. John ties this cry to Psalm 69:21.

The perfect tense verb points to the finished work of redemption. This is the consummation of salvation and the cry of victory. This is the most “perfect” perfect tense ever spoken, for never had the work been more complete nor its results more abiding.

Sin is paid for, and fellowship with the Father is restored. The words quote Psalm 31:5. The same words were used by Stephen at his martyrdom in Acts 7:59.