The Philosophy of Benedict Spinoza in Summary 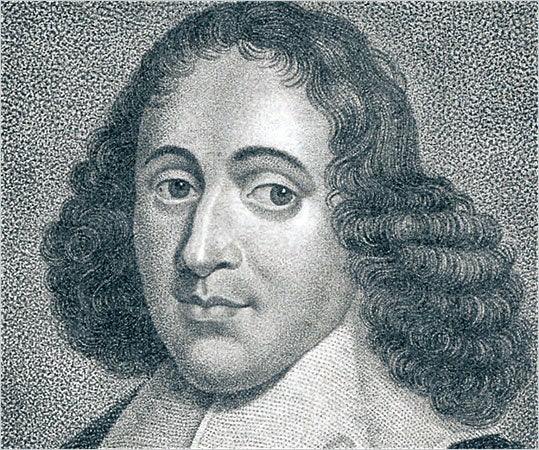 If the proposition ‘Miracles are Possible’ is to be established, the views of Spinoza must be diffused and destroyed. Many intellectuals today have formed their anti-supernatural reasoning from the writings of Spinoza and/or David Hume. Thus it is necessary to destroy the foundation that their thinking rests upon

Much of modern philosophy has been shaped by the writings of the 17th century philosopher, Benedict Spinoza. Spinoza never had formal training in philosophy, but through self-disciplined study of various philosophers prior to his time and during his time, his philosophy was formed into a rationalistic pantheism.

Spinoza believed in the infinite existence of an absolutely necessary and perfect being; the perfect idea of God. The universe emanated from God, thus causing the effect (universe) to be as infinite as the Cause (God), leaving the universe uncreated. Since the universe flows from God, who is perfect, this is the most perfect world possible (God and the universe are the same). The existence of evil in the world is as necessary as the absolutely necessary and perfect being himself. The universe functions, without exception, by unalterable scientific natural laws. With there being no exceptions to the laws of nature, this leads to the impossibility of miracles. A miracle by definition is an exception to the natural laws. But Spinoza claimed miracles to be absurd for there are no exceptions to the fixed and immutable order of natural law. Of course, Spinoza held the Scriptures to his mental framework and became one of the first scholarly minds to employ higher criticism of the Scriptures. His conclusions challenged the supernatural inspiration of the Bible.

The parts of the Bible that conformed to natural law were considered to be the word of God. Therefore, the Scriptures only contained the word of God, but were not the word of God in totality. In evaluation of Spinoza’s views, it must be noted that naturalistic reasoning brings false views concerning the inspiration of Scripture, especially in the area of miracles. A supernatural intervention (miracle) into the universe is only possible in a theistic universe. The theistic God exists outside the material universe and is not limited by it. He intervenes into the orderly affairs of the world that He created from outside of the world.

But in a pantheistic view God is the world and therefore does not intervene into himself. Spinoza would have needed to see that a theistic God exists before he would consider that miracles are possible. The mounting evidence that the universe had a beginning is gaining size. Once it is recognized that the greatest miracle has already happened (creation of universe from nothing) then one can no longer hold a pantheistic (world emanating from God) anti-supernaturalist view. If a miracle has happened, then the rest of the miracles in the Scriptures are completely possible. It also must be recognized that Spinoza had no scientific or rational reason to claim that natural laws are immutable, fixed, and without any exceptions. He had to believe this because his worldview would not allow him to see it any other way.