The Meaning to “Love Not The things of the World” 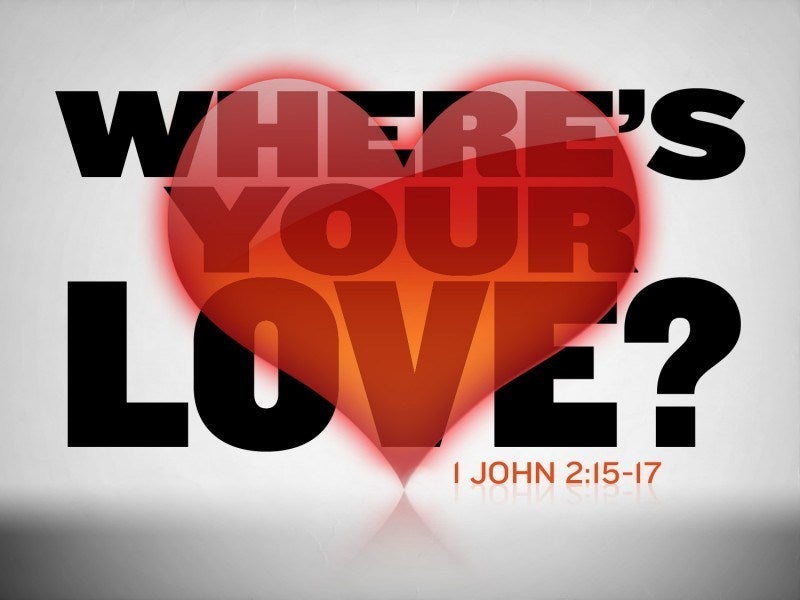 Elements of the World

The principle of the world began in the garden of Eden, when Eve, disregarding the word of God, saw that the forbidden fruit was good for food, that it was pleasant to the eyes, and a tree to be desired to make one wise. There are the elements of the world. It will help us to be able to distinguish between what is of the world and what is of God. The distinction is simply this: when what is visible influences and controls our feelings or actions, it is the world; and when it is things not seen, of which faith is the evidence, then we are in victory over the world. “This is the victory that overcometh the world, even our faith” (1 John 5:4). Is it the mind of God which influences me and controls my actions, or is it the order of things around me, that is, the world? The world, in its influence on me, is the rival of God’s Word, and many a one who knows what faith is for the safety of his soul, is nevertheless not safe from the world.

How to be Set Free

In order to set him free from the things of the world, you must either remove the things altogether, or you must remove the state in which he is; that is, he must be set above the man in the flesh. Hence the one and only effectual way of delivering a saint from the world is by presenting to him a Person who entirely eclipses himself, and places him in the most heavenly position. Therefore it is said, “Who is he that overcometh the world, but he that believeth that Jesus is the Son of God?” (1 John 5:5). It is not merely the faith which effects the deliverance, but the Person. Before the death of the Lord Jesus, faith always proved itself in the way it carried the believing one above the order and influence of things here; yet as man in the flesh was not set aside, there was not a call for the action of faith beyond the maintenance of the faith then revealed; there was not absolute and continual abnegation of the world, because there was not absolute and complete institution of a new order of creation in the Person of the Son of God. “If any man be in Christ, he is a new creation ... all things are become new” (2 Cor. 5:17).

Now, for the Christian, our separation from the world is to be no less than His; we are not of the world, even as He is not of the world. This is our definite and established position. We are not merely like the Old Testament and pre-Pentecost saints, called to prove ourselves for God in overcoming special things; but we are called to overcome everything. To us it is said, “Love not the world, neither the things that are in the world” (1 John 2:15). The believer can discharge the responsibilities of his calling according to God, but then he must distinguish between what He has appointed and what the world inculcates. The domestic relations are of God, and they are the very channels through which the grace of the Lord Jesus flows. Hence I do not learn from the world how I am to act in them; I am taught of my Father. I have a new life and enablement; and as to the powers that be, I am simply subject to them. Thus I neither follow the fashion of the world, nor am I eccentric, but all things are done decently and in order.

The Holy Spirit is the power to separate us from the world and its ways, because He gives the only enablement to preserve us from the flesh and its ways. If we walk in the Spirit we shall not fulfill the lusts of the flesh (Gal. 5:16). We are sustained by union through the Spirit with the heavenly Man. We move in the sphere of the first man, but our fellowship is with the Lord Jesus Christ above, therefore we walk down here by faith. Author:  J.B. Stoney