The Church that Frankenstein built 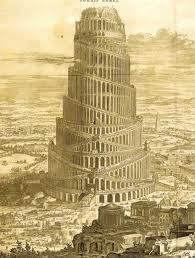 Dr Frakinstein, a man of culture, schooled with the finest education of cutting edge philosophies, he was etiquette in speech and naturally gifted. This was all coupled with his driving ambition to push the limits of human ability where no man has been before, to help his fellow human beings reach new heights.

Collecting old rotten bones he constructed a mammoth thing, what was it? This gigantic being he was to give life to all by himself. This great feat of man was ready.

As the beast awkwardly rises the Dr. gasps, like walking dead the clumsy creature stands taller than any man. As eye meets eye there is no light inside to be seen. However impressive it’s undeniable that this is a monster.

The creature tries to imitate the life it sees around him, but this comes from a reality inside which is missing. It typifies the mechanics of an organization but lacks the life which grows.

Craving the acceptance the world offers but the only acceptance the creature can find is with a blind man who follows him into the ditch. Along the way a trail of destruction fills the air and the stench of this floating mass of flesh bloats along, consuming all in its path.

A tragedy this creation is, but it is not the first.

There was also one who offered the best work of his hands, the best fruit of his labor from the cursed earth. And there was a tower that man built nearly to the stars; it was bigger than any before, quite an accomplishment to the power of human ability. No one could foresee the consequences these Ishmaels brought as the way of Cain bought destruction in a flood, dead bodies laid around all that Frankenstein touched. And the tower dispersed the people as the shadow of Frankenstein struck fear in the heart, as his lifeless glare demanded their very soul.

There is still a Frankenstein today that man tries to build, using the best wisdom of the world, the buildings are magnificent, carved with dead man’s bones, it’s impressive but counterfeit. Now is born a product of human ambition. An organization admired, a great feat of man, standing tall in the forest. Like the monster the externals are big but the life inside is missing. Like the monster Dr Frankenstein built, to God this beast carries no name. For “the flesh profits nothing” 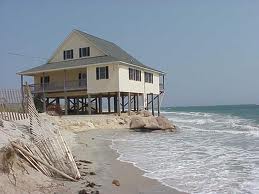