Removing the Barriers to Truth so we can Know Truth 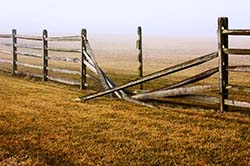 In order to know absolute truth we need to have access to it. Different philosophies have put up barriers to knowing absolute truth, which turn out to be self-defeating [1] when we apply their claims to themselves. An example of a self defeating statement is “I don’t speak a word of English,” but I used the word English to say I couldn’t speak English. Philosophies denying absolute truth have no legs on which to stand, they have their “feet firmly planted in mid air.” The skepticism of Hume which says doubt all reality leads to the agnosticism of Kant which says reality can’t be known. This is an “appearance orientated” view of reality which leads to relativism and pluralism. Defeating these philosophies shows that truth (reality) can be known. We will show the self-defeating nature of these views which allege to destroying truth and how once these barriers are removed we are in a position to access absolute truth.

This form of agnosticism can be traced back to Immanuel Kant who postulated that we cannot know reality. He said we can only know how things appear to us but not the actual thing in itself. Once the mind has formed the data, all that is left is what our mind has formed and not the actual reality of the thing.  Reality is poured into our mind like jelly being poured into a jelly mould and we can never know what reality was like before it was formed in our mind, all we can see is the jelly in the mould and not the original jelly. There is an inescapable gap between actual reality (being) and the thing formed in our mind (knowing). Unable to compare them both we are locked in our mind, never in a position to see if what is formed in our mind is the same as reality, and all we now know is the appearance which is formed in our mind. Agnostics admit that reality may be out there but we can’t know what it is like.  Knowledge of truth for the agnostic is, therefore, impossible.

Furthermore, by making a negative statement about anything assumes that you have prior knowledge of that thing. For example, if I was to say Buckingham Palace is not pink, in order to say what it is not, I must know something about what it is. For Kant to say he cannot know anything about reality infers that he knows something about reality. Kant locks everyone else out of reality and then walks into reality himself to tell everyone what it is not like.  Why should we believe Kant? We have no valid reason to believe him because his statement is self-defeating when applied to itself.  Agnosticism therefore is self defeating and we can remove it as a barrier to truth.

Hume’s Skepticism is another barrier to truth for it says we should doubt all reality.  Hume said that only factual (true by definition) and empirical statements (from sense data) are meaningful. Hume tells us to “commit to the flames[3]” those theology books which do not fulfill this condition. This criterion however leads to skepticism for factual statements tell us nothing about reality and empirical statements are subject to doubt.  Hume believed empirical statements are disconnected so we cannot put experiences together to find what caused them.  The cause is uncertain because unrelated events can happen after each other but can appear to be in a causal relationship, such as the sun rising after the rooster crows. Hume states we can never know the causual connections of events and instead can only believe in them when things happen often enough together. This leads to us having no certainty about anything and therefore all judgment must be suspended.

Skepticism is removed as a barrier to knowing truth  because it is self-defeating. Hume’s criteria for finding meaningful statements when applied to itself reveals his own statement is not true by definition or understood empirically. Hume’s statement does not pass it’s own test for meaning, implying that only he is immune from the criteria which he himself has relied on as a foundation for knowledge!

Many people are unaware how Kant and Hume’s Philosophy have influenced them whenever they submit that truth is not absolute and cannot be known.  All truth statements are absolute and any philosophy which denies that absolute truth can be known is self defeating.  Kant and Hume made a simple mistake and their simple mistake requires a simple answer. Kant told us that he is the only person to know that we cannot know reality while Hume, who doubted everything, never doubted his own doubt.  Absolute truth still stands and now we can pursue the more important question, is it true that believing in Jesus Christ is the only way to be saved?