Pluralism and it's problems 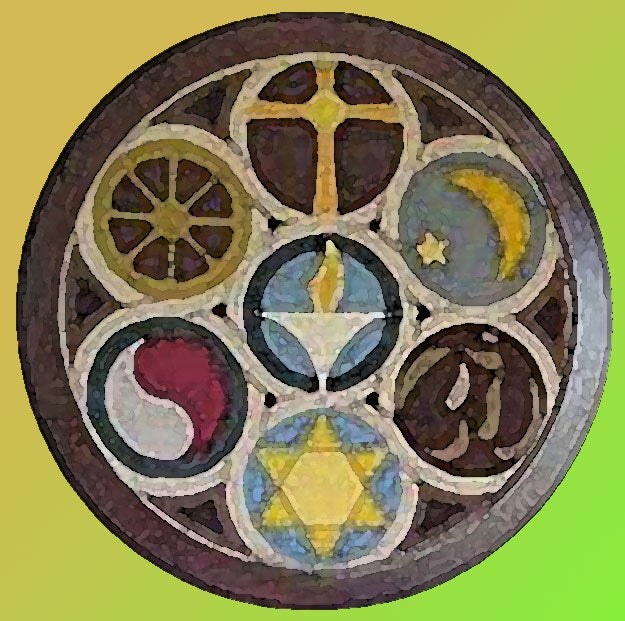 Religious pluralism holds the view that every religion is true, even though the tenets of each religion are diametrically opposed. Pluralism claims that each religion offers a legitimate encounter with the Ultimate or as often stated, “All paths lead to God”; but they also believe that some paths are superior to others even though all paths are sufficient. Of course, this leaves Christianity and religious pluralism at odds with each other. Christianity claims that there is only one way, but pluralism says that Jesus Christ is just one of many ways.

Pluralists hold to the view that all religions have, in essence, the same moral standards and spiritual traditions. Each has a similar version of the “Golden Rule” of Christianity. All religions have adherents that are “saintly”. Thus, the pluralist concludes that all religions are true. Of course, there are problems with this thinking. The moral standards of a religion or the morality of the followers of a religion does not determine truth. Truth is what corresponds to reality.

If the beliefs of a religion correspond to reality, then it is true. It is not true just because its followers live morally good lives. Let the character and lives of the leaders of the great religions be examined. Once this is done, Jesus Christ stands far superior to the other leaders of the world religions. Jesus Christ was perfect in all His ways; but the leaders of other religions were seriously flawed. The pluralist only looks at the superficial similarities of religions, but chooses not to look at their crucial differences.

The implication of the pluralists’ views, that all truth claims are true (even if they are not), leads to contradictions and impossibilities. Mathematics would be impossible, for 2 + 2 would equal 9 or 17 or 103. All of these would be true according to the logic of the pluralist. Logically, mutually exclusive propositions cannot both be true according to the law of non-contradiction. But the pluralist does not even live by his own logic. Only when it comes to religion is this type of logic applied.

Many pluralists are misinformed concerning the uniqueness of Jesus Christ. Either Christ’s claims of deity are rejected or the pluralist will contend that Christ never made any claims to deity. First, the rejection of Christ’s claims to deity by the pluralist is based on the claims of the false scholars of negative Bible criticism. These scholars conclude that later Christian writers placed words in Christ’s mouth that claim deity. This conclusion obviously is not based on the historical reliability of the New Testament documents. The Gospels we have today are the same ones that were available during the lifetime of eyewitnesses of the events. If the reliability of the New Testament is rejected, then all historical writings from antiquity must be considered unreliable.

Religious pluralism holds a naturalistic view of the metaphysical and seemingly has emanated from agnostic and relativistic views about truth and reality.  ‘Opposites cannot both be true’, then Christianity and pluralism cannot both be true. Pluralism claims that all religions are true, but Christianity claims that it is the only true religion. Once the self-defeating nature of pluralism is seen, one can only conclude that it falls severely short in its truth claims and does not match up with reality.