Do Bible verses have multiple meanings?

Question: Does scripture have multiple meanings? Is there ever an instance where one passage can have more than one meaning?

Scripture only has one objective meaning, and this is necessary for communication to be possible.

The location of meaning

The Source of meaning

Meaning needs to be extracted by proper tools, and the tools used for extracting meaning from the Bible are known as Biblical hermeneutics. We need to use the proper method in order to find the objective meaning. The proper hermeneutic is the literal grammatical method.  This is the approach of finding what the scripture means at face value.

The Nature of language demands one meaning

The nature of language is to communicate, and in order for communication to be possible language must have a singular objective meaning.  If someone is not interested in communicating something they can write poetry in order to inspire emotion. If interpretation is down to emotion then the interpretation is left to the reader. But God gave the Bible in order to communicate a message to mankind, and this message isn't found in the emotion of the reader but the writings of the author.

In order to communicate an author puts words which when viewed together project meaning. This meaning then can be extracted by all readers who follow normal rules of communication.  The same is true of God; for If God wants to objectively communicate to mankind then all passages of scripture would have one meaning for the reader to uncover. God does want to objectively communicate with mankind, and therefore all scripture has one meaning the reader should seek to extract.

One meaning but multiple significance

The meaning of the original recipients,  is the same meaning we should extract from the text hundreds of years later. However despite scripture having one meaning it can have multiple significances or applications; this is true regarding prophecy especially concerning Christ. For example Psalm 22 is referring to David but the significance of the passage refers to Christ on the cross. 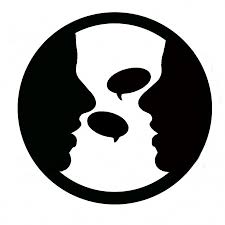