What is the difference between the first and last Adam?

So it is written: "The first man Adam became a living being"; the last Adam, a life-giving spirit. (1 Corinthians 15:45)

Placed in the garden of Eden to dress it and to keep it, all acknowledged the first Adam’s sway. To own the first Adam was to submit to God. To receive a name from him was as if it had been pronounced by the Lord God Himself. Beautiful picture of order and subjection to the one set over the works of God’s hands! But he was only the type of the Last Adam who was to come (Rom. 5:14). Hence when the Last Adam came He could not do less than give names likewise; to Simon He gave the name of Cephas, signifying, as head of the new creation, the use to which He would put him. Afterwards the sons of Zebedee He surnames Boarnerges (Mark 3:17). In time He will give each saint a new name, which no man knoweth but he who receiveth it (Rev. 2:17).

In Genesis Two, the glory of Adam seen that day in Eden passed away never to be restored. In John Two, the glory of the Last Adam displayed on earth in a brief passing way can never pall, never decay: “He shall be great to the ends of the earth”; “Of the increase of his government and peace there shall be no end” (Micah 5:4; Isaiah 9:7). The serpent persuaded Eve that God had withheld something from them they ought to enjoy. He made her doubt the reality of God’s love. The Last Adam, when teaching Nicodemus, tells out the exceeding greatness of that love, which stopped not at the giving up of His only Son for a ruined, sinful world.

Genesis Three tells us of a voluntary act on the part of the first Adam, and an act of necessity on the part of God—the driving him out of paradise, lest he should partake of the tree of life and live in his sin forever. The first Adam’s act was a gratuitous assumption that he knew better than God. God’s act of driving him out of Eden was one of mercy to His rebellious creatures. In John Three we get something more than mercy—we get grace, God showing favor to sinners in giving them what none would have dreamt of, and no child of Adam has dared to ask. The first Adam, in Genesis Three, stands forth as the author of the ruin of his race. The Last Adam, the Son of Man, appears in John Three as “the Author of eternal salvation to all them that obey Him” (Heb. 5:9).

Worship and death are the prominent subjects of Genesis Four. Sin being in the world, its fruits are quickly made apparent, not only in entailing death on Adam and his children, but in inciting Cain to stain the earth with the blood of his brother Abel. Worship and life are brought before us in John Four. And here we get more than the acceptance of an offering. It is the Father seeking worshipers. “The hour cometh, and now is, when the true ‘worshipers shall worship the Father in spirit and in truth: for the Father seeketh such to worship Him.

This leads us on to Genesis Five, where the sentence pronounced in Eden is seen carried out on Adam and all his descendants till the days of Noah. “By one man sin entered the world, and death by sin; and so death passed upon all men, for that all have sinned” (Rom. 5:12). In John Five we find death and the grave brought before us again; but how different is the way in which they are presented. It is not the common inevitable lot of man that we are called to meditate on, but the power of the Last Adam over “the king of terrors.”

Received from the First Adam

The grave closed on the first Adam and his descendants, and hid them one by one from the gaze of their families and friends. The graves shall one day open at the voice of the Last Adam. None could escape the consequences of Adam’s transgression. None can remain in captivity to death, when the Last Adam shall speak. “For the hour is coming, in which all that are in the graves, shall hear His voice, and shall come forth; they that have done good, unto the resurrection of life; they that have done evil, unto the resurrection of judgment” (John 5:29).

Death by the first Adam’s fall obtained the mastery over all his offspring. By the Last Adam it shall be swallowed up in victory, and finally be destroyed. “For since by man came death, by man came also the resurrection of the dead. For as in Adam all die, even so in Christ shall all be made alive. The last enemy that shall be destroyed is death. For he hath put all things under his feet” (1 Cor. 15:21; 22, 26, 27).

From the first Adam what have we received? Of what have we to boast? A life and nature wholly corrupt, flesh not subject to the law of God, neither indeed can be; for an inheritance, a life of sorrow and vexation of spirit; for a prospect, death. What did the first Adam give creation? By him the living creatures, indeed, were named. But by him the whole creation was made subject to vanity, and because of him the ground was cursed.

Received from the Last Adam

Blessed be God, this position is not irremediable, because another Adam has been found Who was obedient unto death! From Him we receive, but how unlike that which our first parent entailed on us, a nature which cannot sin, an inheritance which cannot fade away, and a prospect of life, which the grave cannot cheat us of, the great enemy cannot deprive us of. And this is unchangeable to those who possess it.

And the universe too shall rejoice in the Last Adam. The curse shall be removed and the groaning creation be brought into the liberty of the glory of the children of God. Ruin, misery, death, follow the track of the first Adam. Blessing, happiness, everlasting life, flow from the Last Adam. He gives—gives to the unworthy, gives to the unclean, gives to sinners. This characterizes Him. Of the first Adam we have to say, he entailed on his posterity the consequences of his sin; of the Last Adam we have to record, He gives everything the sinner needs, everything the saint throughout eternity can enjoy.” 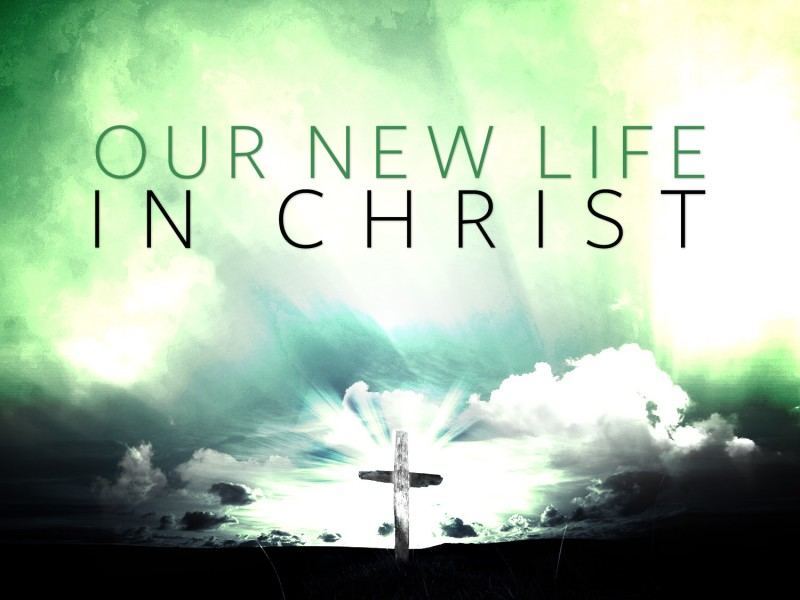