What is a True Miracle? 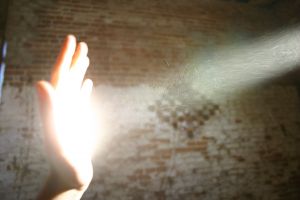 In the Scriptures, God uses miracles in connection with truth claims as confirmation of their validity. However, a fraud must be distinguished from a true miracle or else people will be deceived. This is why it is important to note the characteristics of a true miracle so that a fraud can be recognized and disregarded.

Characteristics of a true Miracle

There are five characteristics of a true miracle given in the Bible.

1. The first trait of a true miracle is that it is unnatural. It is an exception to the normal course of events in nature.

2. The second trait of a true miracle is its theological aspect, which assumes the theistic God who can do such things.

3. The third trait is its moral aspect in that it reveals God’s moral character.

4. The fourth trait is its teleological aspect, or its purposeful nature that glorifies God.

5. The fifth and last trait is the doctrinal aspect, or the verifying of the message spoken through God’s prophet.

The Kinds of False Miracles

They may be an out of the ordinary human event, but are not miraculous. Anomalies of nature are to be distinguished from miracles. An anomaly is unusual but predictable or naturally repeatable. An anomaly has a natural explanation, but no one has discovered it yet. Special providence is to be distinguished from miracles. God can use natural events to accomplish His providential will. But that does not make it supernatural or miraculous. God can use foul weather to judge a people, but it is according to natural explanation. Providence is not an exception to nature. Satanic signs must be distinguished from miracles. Satan has great power, but he is not all-powerful. He is a finite, created being with enough knowledge of science and deceptive magic that he is called the great deceiver. Satan’s false signs and counterfeit miracles can be distinguished from God’s genuine intervention into the natural course of events. God’s miracles are an exception, but Satan’s are a deception.

Concerning Satan’s false signs and counterfeit miracles, it must be recognized that they may be super-normal, but truly are not supernatural. These false signs are always connected with false teaching. If the message given with a sign is contradictory to the Scriptures, then it is a false sign. These false signs will also promote the works of the flesh and will be associated with the occult and its practices. As unusual and extraordinary as these signs of Satan’s might be, they are still limited in power. Satan cannot create, he can only duplicate. Only God can create life, resurrect the dead, and perfectly predict future events. Satan can do no such thing.

Many ‘False Miracles’ are claimed by ignorant individuals to be supernatural intervention by God or they are used to draw attention to the one performing the act. But there must be a set of guidelines to distinguish a miracle from a false miracle. God uses miracles as confirmation of a truth claim given to mankind, and therefore is in need of such a measuring rod. The Scriptures give such a set of guidelines. With these an individual can determine the true from the counterfeit.

A miracle, unlike magic, is a supernatural intervention by God that suspends the laws of nature in order to confirm a truth claim from God. This implies the theistic God; it implies a God outside the universe who intervenes in it. By this definition all non-theist religions that claim miraculous deeds are excluded as miraculous and labeled super-normal. So, a miracle is a supernatural event ordained by God, and magic is a super-normal manipulation of natural law.

Magic and the occult usually go hand-in-hand. Those who use magic claim that they are conjuring up power from the spiritual realm. In fact, many who are involved in magic suggest using occult methods for practicing magic. Unlike the miraculous intervention of God, magic is available on command and under human control. It is always associated with evil and lies and always denies the deity of Jesus Christ. Miracles and magic actually have very little in common, except maybe the fact that they both draw attention from observers.

Jean Dixon claimed to have predictive abilities and led many ignorant people to follow after her and other so-called psychic prophets. But once the predictions of Dixon are examined, she falls short of supernatural or super-normal. In fact the results from one year worth of her predictions showed that she had an 8 percent accuracy rate, and the predictions she was correct about were no-brainers. Dixon uses occult practices (astrology, telepathy, and a crystal ball) to tell the future. Obviously she needs to get new methods of prediction, because any average person could make predictions based on chance and knowing the world news and come up with the same or better results than her. Many others have claimed super-normal powers but have been proven to be frauds when put to the test by other professional magicians.

Biblical miracles and biblical prophecies, on the other hand, are unique and have exceptional superiority when compared to the super-normal or so-called psychic prophets. Biblical miracles and prophecies are far superior to all else. The Bible predicts with 100 percent accuracy, and not in a vague manner. The greatest miracle of the Bible, the resurrection of Jesus Christ from the dead, is unrepeatable by anyone claiming super-normal powers. Creating life from nothing, calling down fire from heaven, walking on water, cleansing lepers, predicting your own death and resurrection; these are supernatural interventions from the all powerful God of theism. The cheap tricks of magicians pale in comparison to the acts of the all mighty God.